My kitchen window looks directly onto a short section of the edge of the woodland on one side of Bryn Euryn, my local ‘patch’, that has been the subject of many of my blog posts. Perhaps it’s a bit scruffy-looking, but the good variety of species of trees and shrubby undergrowth offer a habitat that seems to suit a good mix of bird species and gives me the privilege of some close-up everyday bird watching. I have my own personal woodland ‘hide’ with the benefits of central heating and tea-making facilities within arm’s length. I’ve seen a wonderful array of birds on a fairly regular basis this winter thanks in part to their endless quest for food, with the added bonuses of clearer, longer sightings and have had the chance to gain fascinating insights into their habits and behaviour first-hand. 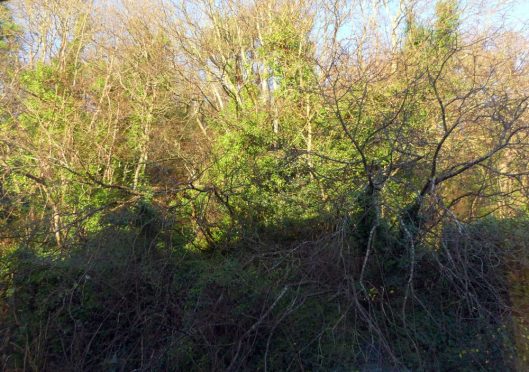 Mixed-species flocks, or ‘feeding parties’ of small birds roam the woods and we seem to be one of the regular re-fuelling spots for at least some of them. Flock sizes and the numbers and the different species of birds travelling within them varies, but their core elements are invariably Blue tits. Usually at the forefront they are first to the feeders, with no hanging back.

Blue tits are by far the most numerous visitors to the bird feeders. Most mornings they are the first birds I see and also the last in the late afternoon when it’s almost dark. Their numbers vary at different times of the day according to which of the roaming tribes they are allied to.

At first glance one Blue tit appears much like another, but with regular watching and focussing in closely to take a lot of photographs, I know that although there is a ‘blue print’ for the perfect bird, (Blue tit print?), there are a lot of individuals about that deviate from the norm. A surprising number are affected by melanism or leucism (more dark or white feathers than the norm) in varying degrees which has helped me recognise individuals. A couple have leg rings, one of which looks ‘normal’, while the other has a band of darker feathers above its beak. A selection of some of those I see regularly enough to recognise on sight now are shown below:

Blue tit with dark feathers on right side 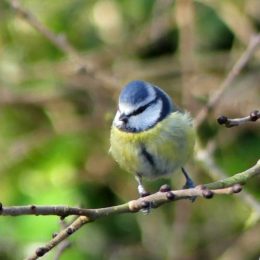 It seems that several of the distinct ones arrive together, so I imagine that may mean they are related. When I finally get around to collating my photographs I’m hoping it will show which families or flocks they belong to or travel with.

There are a good number of Great tits too; occasionally appearing alone they are more often in twos or in small family groups. Sometimes there are as many as 6-8 at any one time in a party with other tits. There’s quite a bit of variation in their appearances too, mostly regarding the extent of the dark stripe down their breasts and continuing underparts. One or two are so heavily marked with black it makes them instantly recognisable, another has something odd about one of its eyes. 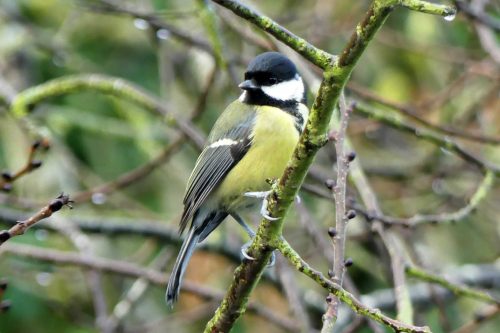 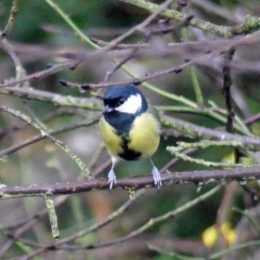 There are a small number of Coal tits; I’d say I might be seeing four at the most. Their visits are less predictable; sometimes one will appear on its own, most often one arrives together with a party of other tits and occasionally they have been here all together.

The smallest of our British breeding tits, Coal tits behave quite differently to other tits. Initially they’re not quite as bold in approaching feeders and then once food is taken they take it a distance away to eat it. 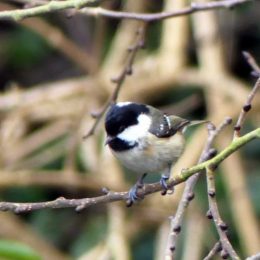 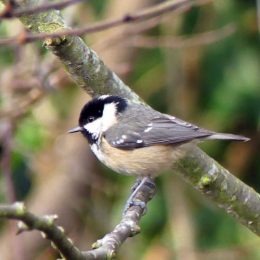 A couple of times I’ve been amused by one individual who rather than come forth and take his own food innocently approached blue tits with food, sat close by them, then dashed in and snatched their meal from their claws! The photographs below are of the tiny thief. 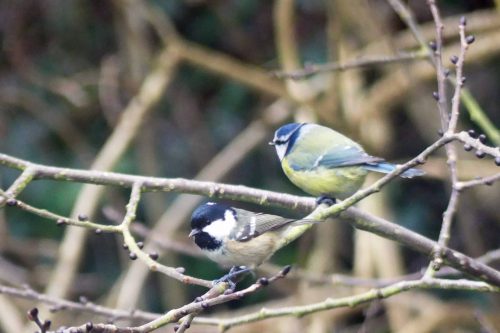 Then there are the delightful fairy-like Long-tailed tits, they arrive in a small family group most often following behind the rest of the mixed party they have allied to. Oddly though there is one that travels alone but in the company of a party of Blue & Great tits and a Coal Tit. It’s very unusual to see a Long-tailed tit alone, so I can’t begin to guess why this one is, unless it is the only surviving member of a family?

The Long-tailed tits mostly stay slightly higher up than their travelling companions, foraging amongst the tree branches while the others visit the feeders, but occasionally they give me a treat and come closer. 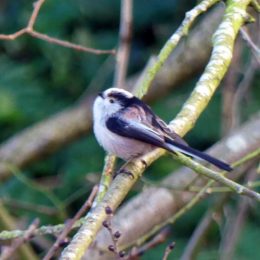 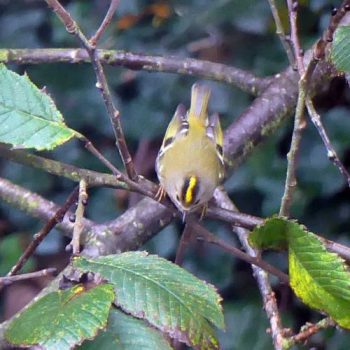 I see Goldcrests around and about fairly often, more particularly from my front window where they favour the big conifer trees. On a few occasions though  I’ve spotted them travelling along with mixed flocks too. They don’t often make their way down as far as their companions that are here for the food on offer, preferring to forage for themselves in the evergreen shrubs such as holly and laurel. I’ve had  some lovely views of them, but taking good photographs of these flitting flickering little birds is tricky, so I’ve resorted to one I took in the right place but back in November 2017.

Treecreepers are the final regular members of our travelling mixed flocks but from my kitchen window vantage point I have seen one only once. It wasn’t a particularly good close sighting, but I did manage to get a photo of it arriving at the same time as one of the flocks, although it stopped at one of the trees further up the slope.

14 thoughts on “A Window on the Woods-Winter 1”