One morning last week I carried my early cup of tea outside to enjoy some early morning sunshine and discovered a big fat Maybug on its back on the chair. No amount of struggling was effecting him righting himself, he just lay there frantically waving his legs in the air, poor thing. Of course I helped him after I had taken advantage of his plight to photograph him, allowing him to hook his feet around my finger and placing him on the ground from where he took off rapidly and headed for the sycamore tree. 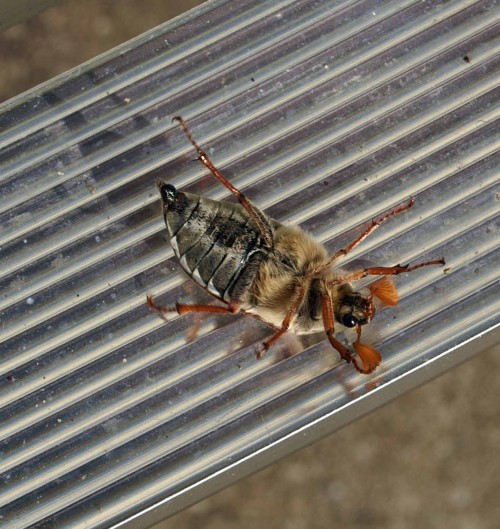 Maybug on its back showing the very furry body

Maybug, Cockchafer–Melolontha melolontha The Cockchafer is one of the more familiar large beetles as it is often encountered flying noisily about on warm evenings of the early summer, when it may crash into windows, attracted there by lights. It is also known as the May Bug as this is the month in which it most commonly appears. It is common and widespread throughout Britain and Europe except in the far north, occurring in grassy and lightly wooded places. 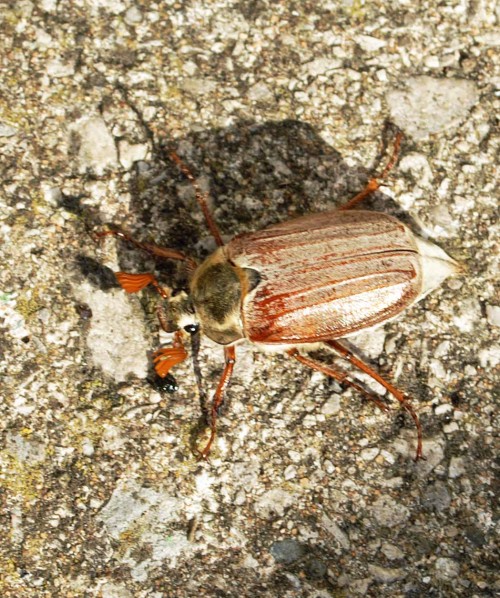 Cockchafers have a black head and thorax and brown sculptured elytra (wing-cases).

The larvae live on the roots of grasses and other plants in areas kept as permanent pasture and once were so abundant they were regarded as a pest species. 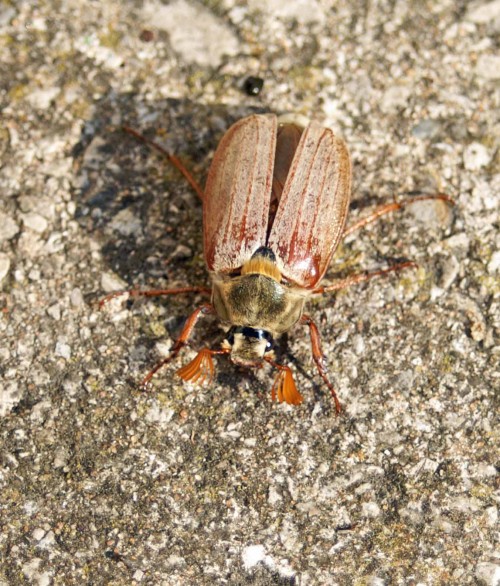 The beetle, particularly the male, has large impressive feathery antennae that open like a fan

7 thoughts on “The Cockchafer or Maybug”