On a sunny day last week I intended to spend some time checking out the birdlife on Rhos Point to see what treats the autumn migration had already brought to us. I started out on the roadside where there’s a posh new sign on the roadside above the bijou St Trillo’s Chapel, the favoured starting point for many of my seashore posts. 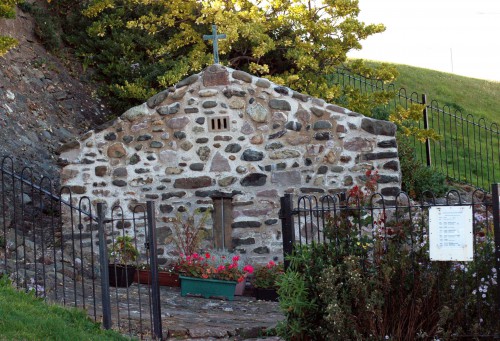 It was windy here and decidedly chilly as it can be when the tide is coming in. A quick look and listen from the promenade revealed a good number of cormorants, gulls, oystercatchers, redshanks and curlews, but all still too far out on the tideline on the mussel bed to see easily.

I picked up a few seashells of some of the most commonly occurring species here.

Despite the sunshine, this was definitely not a day to hang around on the shore, so I turned to walk along to Penrhyn Bay, hoping I might find a Rock Pipit or two amongst the huge rocks of the seabreak. 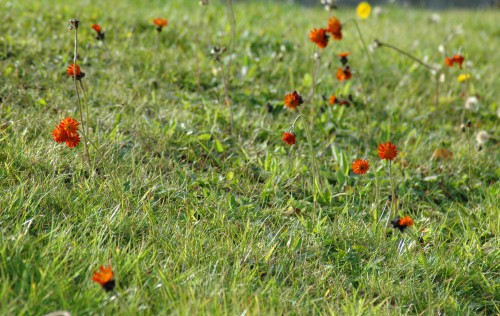 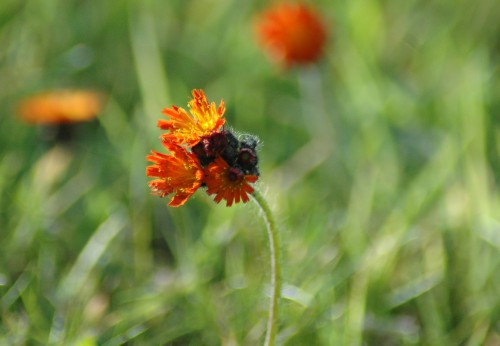 This view of the Little Orme clearly shows the tiers formed by quarrying.

I soon knew I wasn’t going to enjoy battling along against the cold headwind, so at the earliest opportunity dropped down onto the parapet of the seawall where a passageway is formed between the wall and the seabreak rocks. It was still windy here but not quite as strongly, besides which this passageway fascinates me as a habitat for an ever-increasing collection of plants and at this time of year it can be a good place to spot rock pipits and pied wagtails. And the rocks themselves are endlessly fascinating. 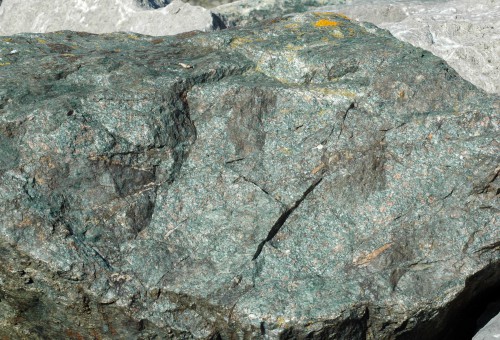 The turquoise green of the vein in the rock above puts me in mind of the verdigris you get on copper. The one below has sparkly white and pink crystal-like parts held within it. 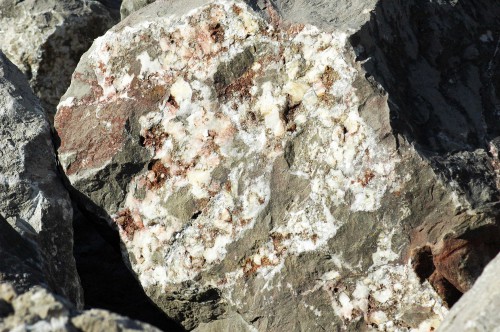 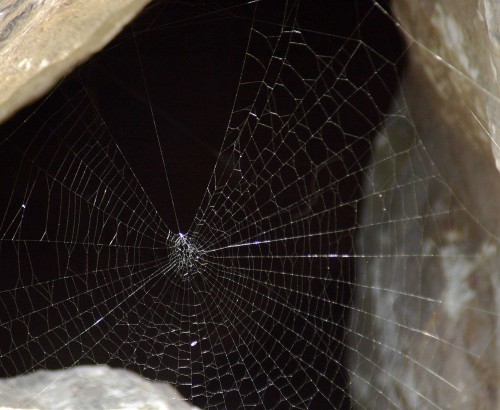 A spider’s web screens a space between rocks

I spotted a bird on the rocks close to these steps and went down to see if I could find it again.

Steps going down to the seashore

I managed a quick shot before it disappeared. Definitely a pipit.

In the winter and in rough windy weather the sea reaches the top of these steps; the bottom few are bleached almost white, their edges smoothed, curved and shaped to form channels by seawater covering them and cascading back down. 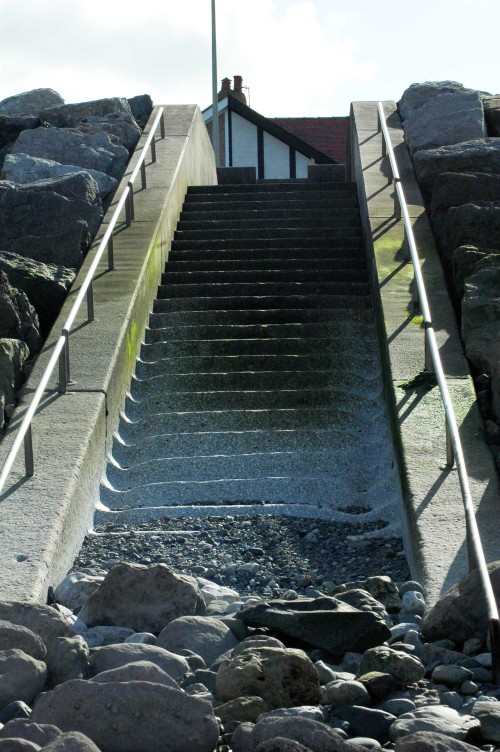 Continuing along there’s a stretch that is particularly flowery. There’s a lot of red valerian interspersed with an array of wild plants and garden escapées. 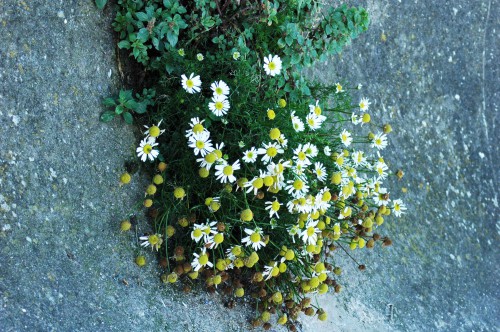 Sea mayweed hugs the curve of the sea wall

Sunlit fern in a rocky crevice

Marigold escaped from a garden

and behind the rocks scrubby shore plants grow amongst the sand and stone chippings. This is the best place I know for fairly reliable sightings of linnets that come to forage for seeds. There were linnets there when I arrived, which I realised when they all took off and headed off across the road towards the golf course. From past experience I thought if I sat and waited on the steps beneath the sea wall they may well come back. Sitting quietly I realised there were still birds close by that gradually came back into the open in front of me which turned out to be a Northern wheatear and a pipit. I want to say it was a Rock pipit as this is a likely spot to find them, but it had an olive-green tinge to its plumage and may have been a Meadow pipit.

As hoped the linnets came back too, a small flock of 10 or 12 birds, albeit too far away to photograph well. 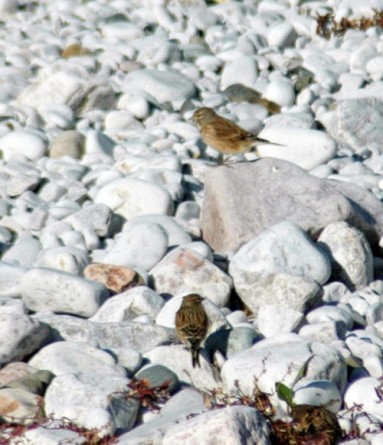 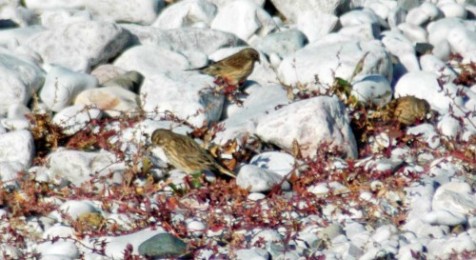 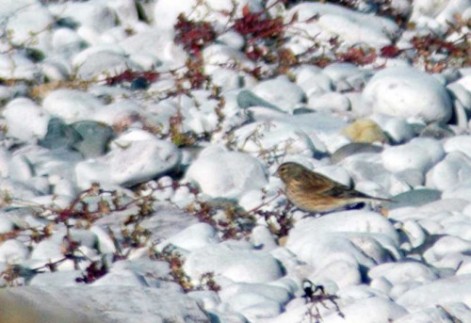 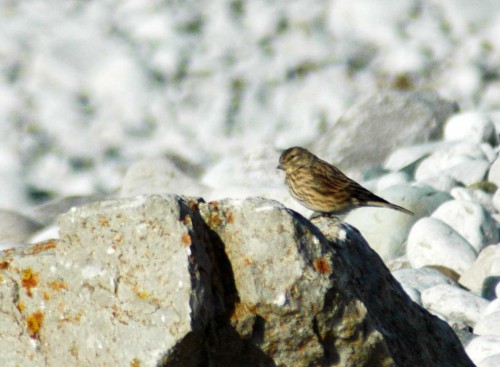 4 thoughts on “Secret passage behind the sea wall”