The weather took its toll on the cliff-top flora and fauna of the Little Orme   too, although I think perhaps it’s not so much that the insects were not there, more that they were less able to be  mobile,  so were not as visible as they are in warmer, drier conditions. I took the following pictures on a warmish, sunny but fairly windy day just past the middle of August when everywhere was still damp from rain.

Ragwort is blooming strongly and every plant is supporting a colony of cinnabar moth caterpillars.

The Cinnabar moth larvae are growing fat on ragwort

The flowers of the ragwort are much in demand too, particularly by hungry hoverflies. 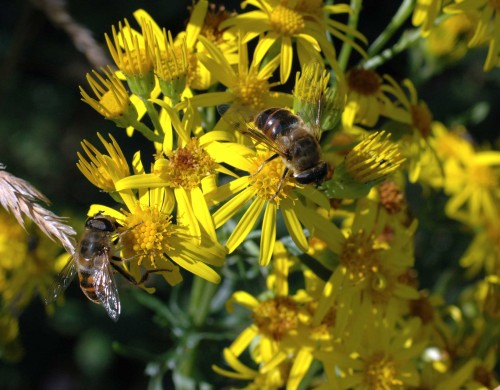 I was still on the lookout for soldier beetles and did eventually manage to find one pair; there were dozens of them this time last year. I didn’t even manage a very good photograph as the wind was blowing the ragwort stem they were on.

I walked towards the cliff edge above Angel Bay, drawn by a large patch of sunny yellow birds-foot trefoil mixed in amongst long grasses. 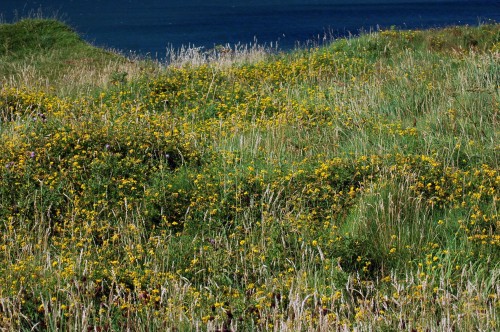 Flowery clifftop, most birds-foot trefoil mixed in amongst long grass

As I had hoped, this flowery area turned out to be quite productive in terms of insects. I first spotted a Common Blue butterfly very low down on a grass stem, then followed a Small Skipper until it too came to rest on a flower.

That was followed by a first sighting of a Burnet Moth fluttering across the grass and flowers, and once I had ‘got my eye in’, I soon realised there were a good few more. 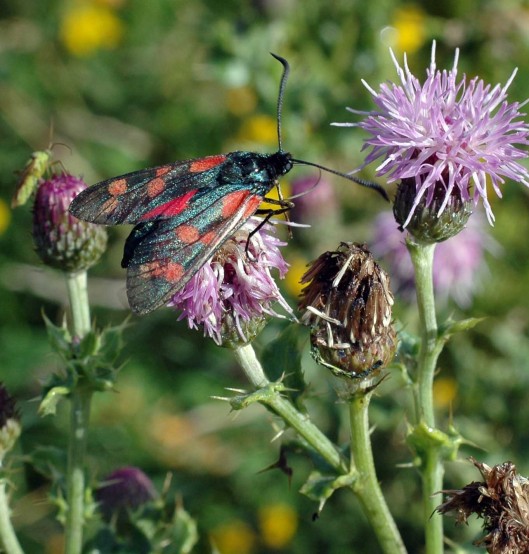 The Burnet moths were mostly attracted to the thistle flowers growing at the side of the pathway; at one point I found four of them all on the same plant.

Stopping to photograph the single moth I was distracted by the chirping ‘song’ of a grasshopper, which I found on a grass stem just behind me. I am not great at identifying grasshoppers, but I think this was most likely a Meadow Grasshopper – Chorthippus brunneus. 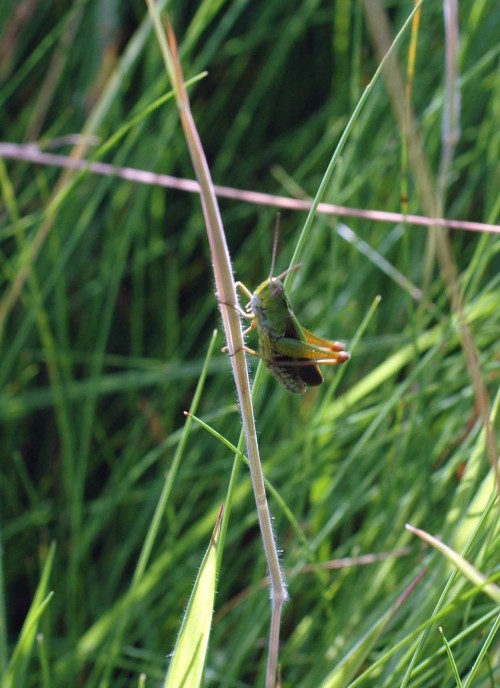 Walking along a narrow track through the long grass I saw an insect I did not immediately recognise on a thistle flower. It took little notice of me taking photographs of it, just carried on working its way around the flowerhead. To identify it I searched my favourite website for insect identification http://www.naturespot.org.uk, which is a Leicestershire site but usually comes up trumps for me. From that I believe my mystery insect may be of the Sawfly species, Tenthredo notha – but as always I am more than happy to be corrected.

At the bottom of the steep grassy track that takes you higher up on the cliff, a decent number of butterflies were dancing around the bramble flowers. There is red valerian growing there too which is also a favourite nectar plant of butterflies and more ragwort attracting hoverflies. Butterflies included Large, Small and Green-veined Whites, Meadow Browns, Gatekeepers and a Tortoishell.

I stopped half-way up the incline to draw breath and to take a  photograph of the view.

The view from the Little Orme across Rhos Point, then the headland of Abergele beyond which are Rhyl & Prestatyn and the coastline of the Wirral (click to enlarge)

At the top there is a flat grassy area, popular with Jackdaws that nest on the cliffs and grazed by sheep, where the remains of some sort of winding mechanism still stands as a memorial to the quarrying that is responsible for the shape of the Little Orme. 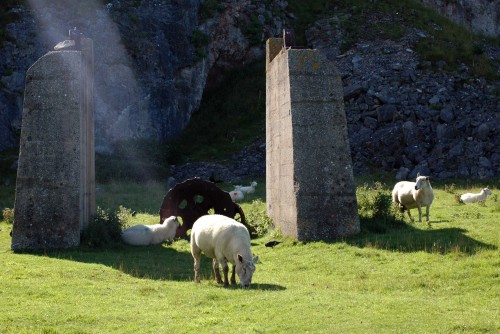 Sheep grazing and resting in the sun around old winding gear

Back down at the bottom and a quick scout around before heading home produced more flowering plants: 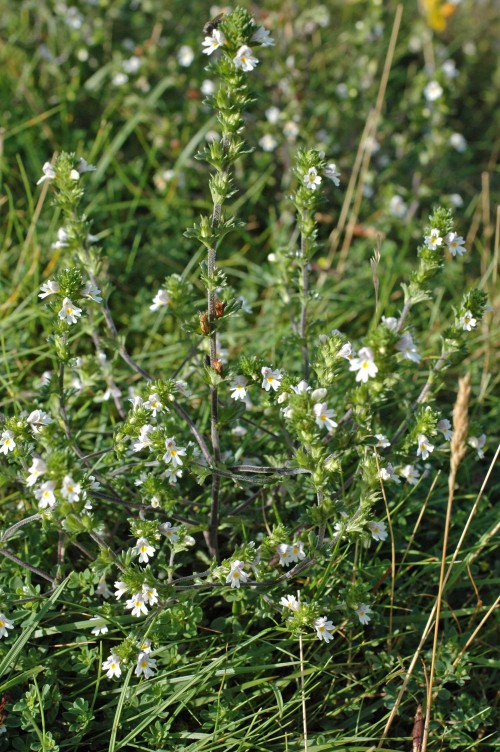 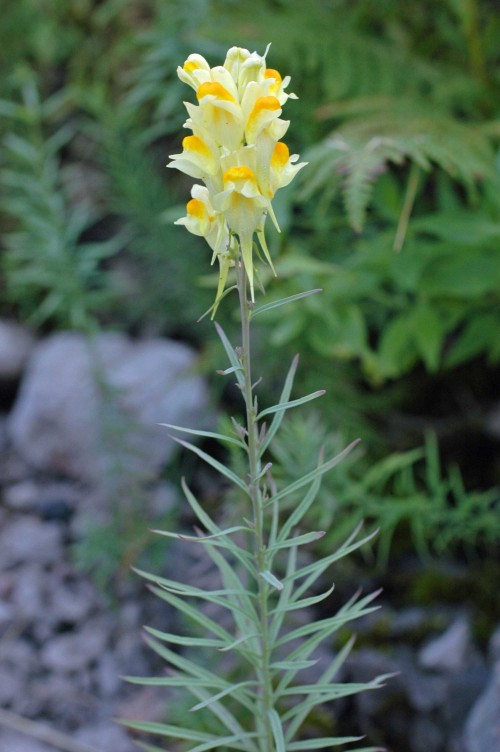 Another grasshopper, which I think is a Mottled one as it has curved antennae, but if not then its a Field one.

A mottled, or maybe a field grasshopper

Then finally, as testament to all the recent rainfall, a big fat slug… 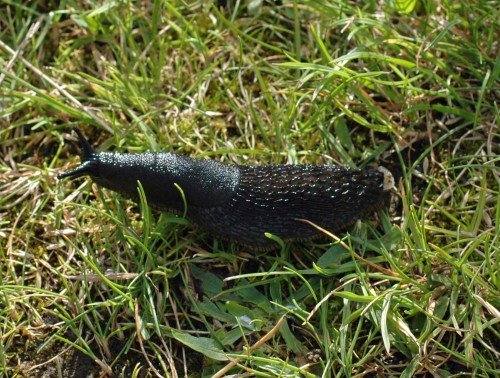 Although this slug is black, it is a Large Red Slug-Arion ater, which has a range of colour forms.