I hadn’t been inside Conwy castle until today and found it fascinating. It is very well preserved, particularly the towers which are well worth the effort of climbing via their spiral stone staircases to see the fantastic panoramic views. 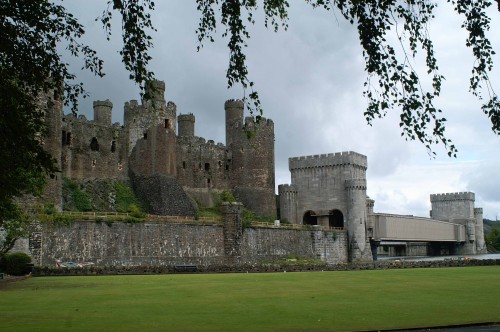 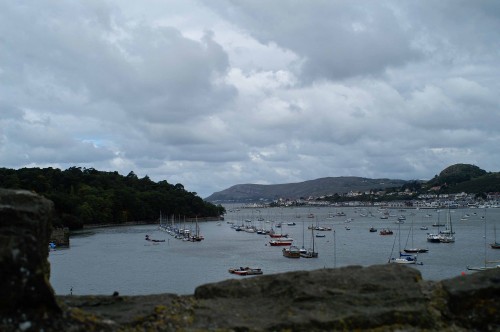 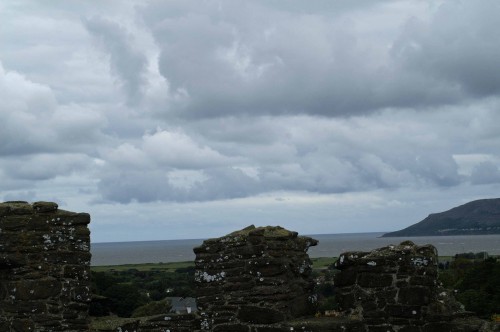 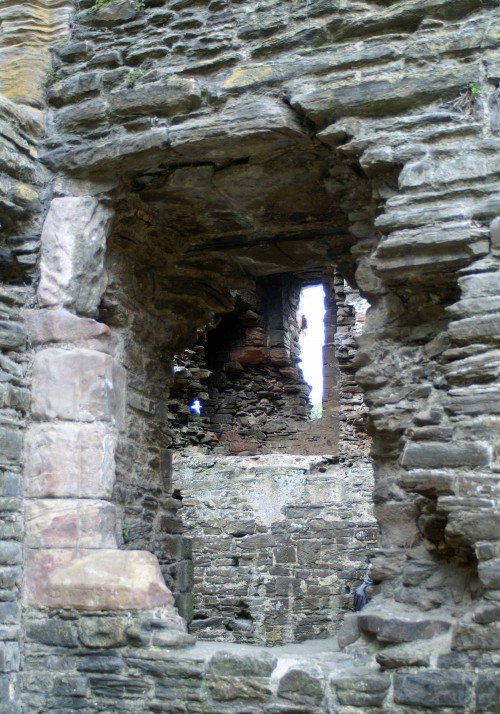 29/8/11-The harbour and downriver to the estuary

Conwy Suspension Bridge, was one of the first road suspension bridges in the world and is now in the care of the National Trust. 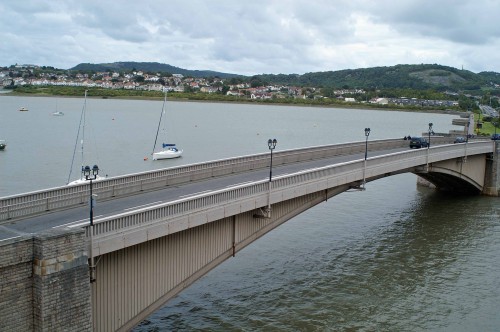 Built by Thomas Telford, the bridge is a suspension bridge spanning the River Conwy; it was completed in 1826 and replaced the ferry that once operated from the same point. Telford matched the bridge’s supporting towers with the castle’s turrets. It is constructed in the same style as one of Telford’s other bridges, the Menai Suspension Bridge crossing the Menai Strait. The Conwy bridge runs parallel to the wrought iron tubular railway bridge built by Robert Stephenson.

Built into the rock on which the castle stands, the bridge is very close to the castle and very narrow (only about 2½ metres across). Part of the castle had to be demolished during construction in order for the suspension cables to be anchored into the rock. The new bridge is not the main route across the River Conwy — the crossing of the River Conwy has always been a problem and today the A55 road goes under the river by tunnel — but it is the major way across for local traffic. 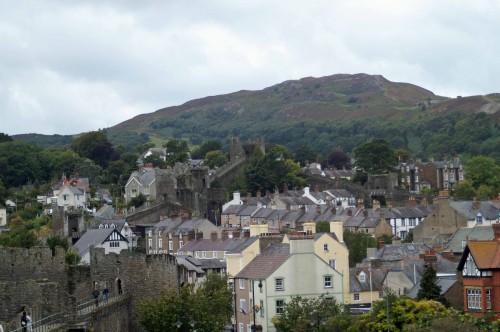 There are just three access points to the town walls and we began our walk around them at the point near to the harbour, then finished behind the railway station. It is quite a long walk and as the walls follow the contours of the land they were built on, some lengths are steeply sloped, but again, it allows some fascinating views of the town, the castle and the surrounding countryside. 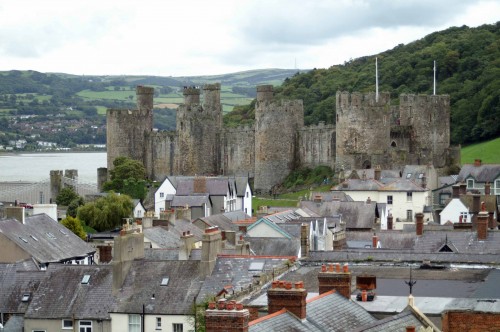 29/8/11-The castle and bridge viewed from Deganwy