The Little Orme is close in distance to Bryn Euryn, but quite different in character, so a walk around there can add a host of different flora species within the space of half-an-hour or so; it also has its specialty plants and I set off to find at least one of them on a late afternoon last week.

Right now while the rocks of the Bryn are splashed gold with dainty rockroses, the Little Orme has its yellow-flowered cabbages. This year, rather a lot of them and not just any old cabbage, but the rather rare Wild Cabbage Brassica oleracea. 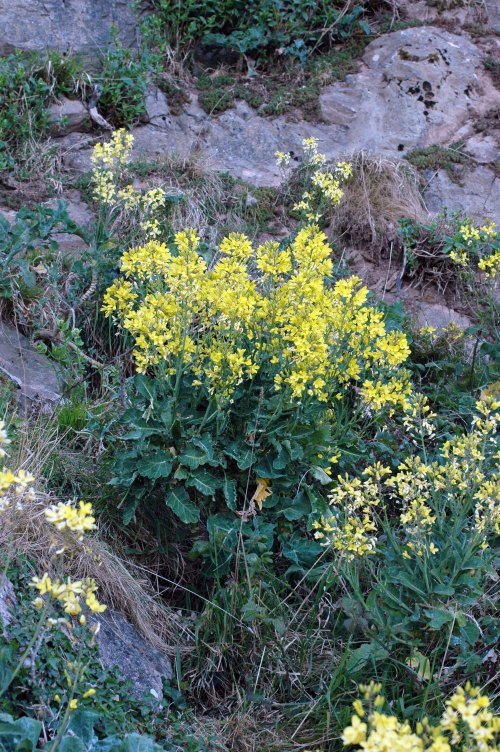 12/06/04-Wild Cabbage-Brassica olearacea at the base of a cliff, Little Orme

The Wild Cabbage (Brassica oleracea), also sometimes known as Sea Cabbage,  is regarded as scarce by botanists as it is found in only 100 x10km squares in the UK.  Where it does occur, the plant is found on maritime cliffs, usually of limestone or chalk, typically growing on or near to cliff tops or cliff bases, often on ledges containing other mixed herb communities. The Little Orme and Great Orme in North Wales and the Gower Peninsular in South Wales are strongholds of the plant. 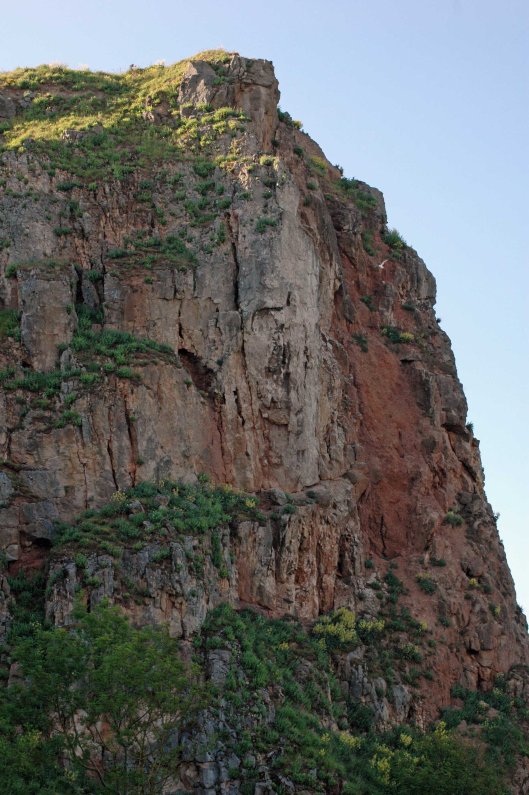 Brassica oleracea is a biennial, sometimes perennial, relatively short-lived (20 years), evergreen plant that can withstand frost. Plants can grow to a height of 1.2m (4ft), but that can vary, as can the size and to an extent, the shape of the leaves. It is in flower from May to August, and the seeds ripen from Jul to September. The flowers are hermaphrodite (have both male and female organs) and are pollinated by a range of insects, including bees and hoverflies; the plant is self-fertile. 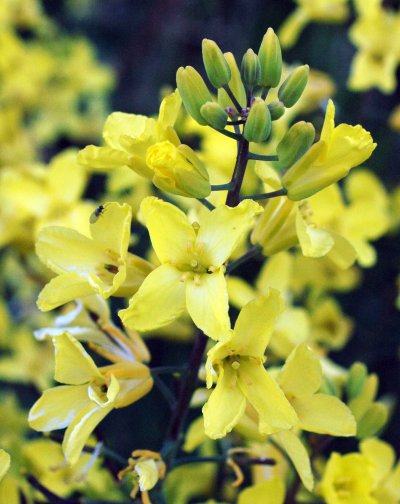 Flowers of the wild cabbage

It is probable that the Wild Cabbage, which occurs widely around the Mediterranean, is not a true native to Britain and that it was yet another introduction made by the Romans and is the forebear to our more robust modern cultivated cabbages. 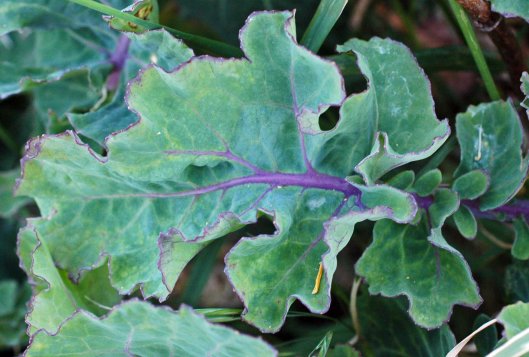 I have seen sites advocating foraging wild cabbage as an edible wild plant, which of course it is,  but while the plant itself does not have any specific legal protection under the Wildlife & Countryside Act 1981 (as amended), most of the locations where it’s found along the North Wales Coast are designated as Sites of Special Scientific Interests. Damaging, uprooting or removing the plant either deliberately or recklessly could be regarded as a criminal act, so perhaps not a good idea to chance it. 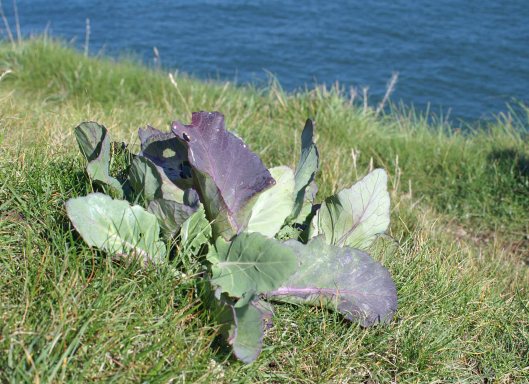 A wild cabbage plant growing on a more exposed grassy cliff of the Little Orme (Sept 2011). This was one of my first sightings (and photographs) of the species. 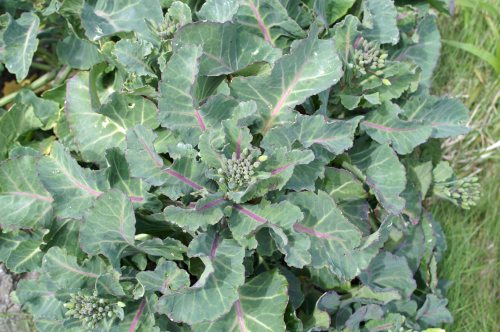 I took this photograph around the middle of last May (2012), before the flowers opened

4 thoughts on “Spot the ‘greens’ on the Little Orme, but please don’t eat them!”