On a warm sunny morning earlier this week I opened my living room windows, as I do most days, and was delighted when a little hoverfly popped in for a visit. It was a black and white one, commonly called the Pied Hoverfly, a species I hadn’t yet seen this year. 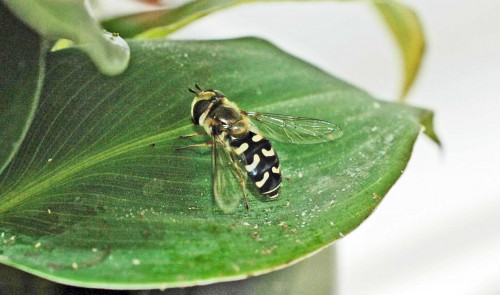 It settled on a houseplant in front of the open window, but then I was inspired to go and fetch another plant, a small banana plant that I had previously noticed was under serious attack by greenfly. The hoverfly took to it immediately and quickly began to feast on the sticky honeydew secreted by the aphids. 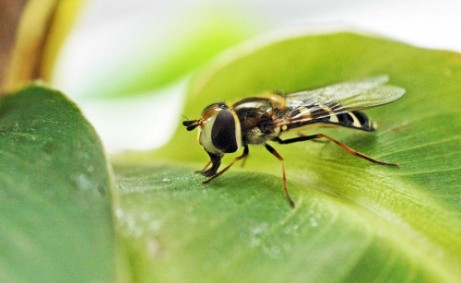 Watching the little insect at work hoovering up the clearly delicious sticky stuff was fascinating, and I thoroughly enjoyed the opportunity to get some close-up views of it whilst sitting comfortably on a chair. I was feeling a bit guilty about the extent of the marauding aphids on the poor plant though, which was also brought into shaming close-up. I just don’t like killing things, even greenfly. 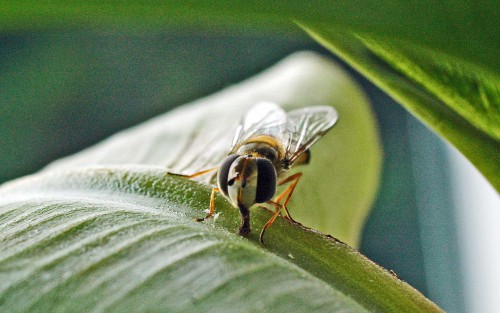 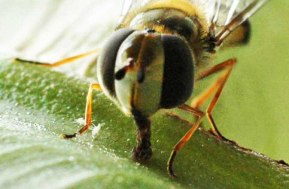 But the hoverfly was really only quite tiny…

On a more realistic scale

The Pied Hoverfly-Scaeva pyrastri is a migratory species, which as with the Red Admiral and Clouded Yellow butterflies, arrives in Britain in highly variable numbers. In some years it is almost absent, bt when it does occur it may breed locally. (Britain’s Hoverflies-Stuart Ball & Roger Morris)