We had one day of decent weather last week and I grabbed the opportunity to walk up to and around ‘the Bryn‘. I hadn’t been there for ages and I knew if I didn’t get there soon I would miss the Early Purple Orchids and Cowslips that grace this special place at this time of the year. It was sunny but a north wind kept the ambient air temperature cool to outright chilly in the open, but in more sheltered spots it was pleasant and almost felt spring-like. The open grassy meadow area in front of the car park was just such a spot today and there were actually butterflies to watch, all whites, definitely some small and some green-veined whites, but as there was also a solitary male orange-tip making territorial laps at speed, it is possible there were females of that species too, they don’t have the distinctive orange wing tips so are harder to identify in flight. 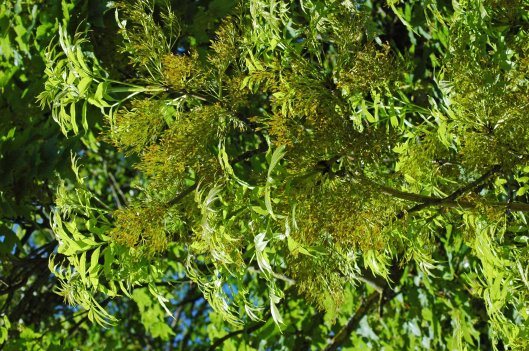 I hoped the Orange Tip would stop long enough to have his picture taken, so whilst waiting for him to come back to this part of his circuit, which he did several times, I wandered along the field edge to see what progress the plants were making. There are many Ash trees in the woodland of this site and it is interesting to note the difference in the rate of growth of new foliage on trees which can vary significantly, even on trees that are quite close together. I am paying more attention to Ash trees now, knowing that they are under threat from the killer fungus chalara fraxinea, appreciating their  beauty while I still have the chance while dreading that they may be stricken with it.

This link shows the signs of the disease to look out for: http://visitwoods.org.uk/en/visit-woods/for-nature/Documents/symptoms-chalara-dieback-ash.pdf

The vegetation along the field edge is already tall, with much on the point of flowering, although there was little of interest to waylay the speeding Orange Tip. He was almost tempted by what I think was a white flowered Valerian, settling on it for a few seconds only before spotting a Small White in his airspace and rocketing after it.  I felt sure he’d stop to rest or feed eventually, watching and waiting for quite a while hoping for a photo opportunity, but he was clearly on duty and intent on seeing off all interlopers. I hadn’t realised how territorial and feisty this species was until now. I got tired way before he did, but thought it worth looking for some Lady’s Smock flowers, a foodplant of the species’ larva and one of the few flowers the adults do sometimes pause to take nectar from. I did find some, but only a couple of stems of flowers and no sign of the butterfly anywhere near. 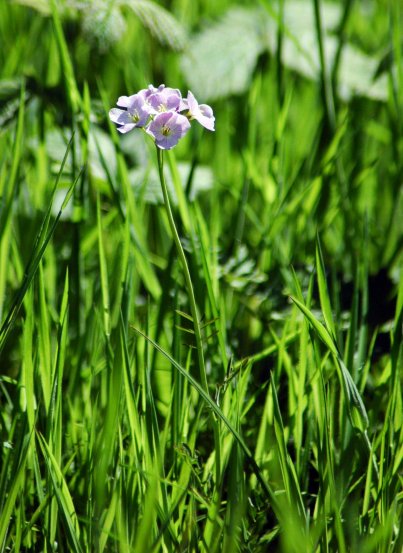 As I bent down to get an image of the flower I caught a glimpse of a bird passing me by very closely and stood up to see a lovely Long-tailed Tit at just about my eye-level (not very high then), perched on a dried stem about 2 metres or less in front of me and with its beak full of small flies. 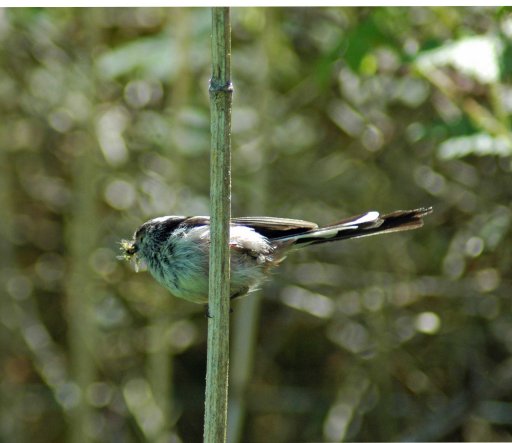 A Long-tailed Tit with her beak full of small flies

To be honest, the encounter took me so much by surprise that it took a moment for it to register that it was indeed Long-tailed Tit, let alone for it to occur to me that the poor bird was agitated by my presence because the flies were intended to be fed her nestlings. I stood still and she flitted over to the cover of a nearby small tree, then after a moment or two began to make her way to the back of the wire fence, then through a tangle of brambles to the most beautiful nest. I was thrilled to see it as I’d never seen one closely before; they are usually deeper into a tangle of brambles, so at the same time I felt concern at the location of this one; it seemed very vulnerable and if I spotted it fairly easily then so could potential predators. Long-tailed tit nests are known to suffer high rates of predation with only 17% of them being successful. 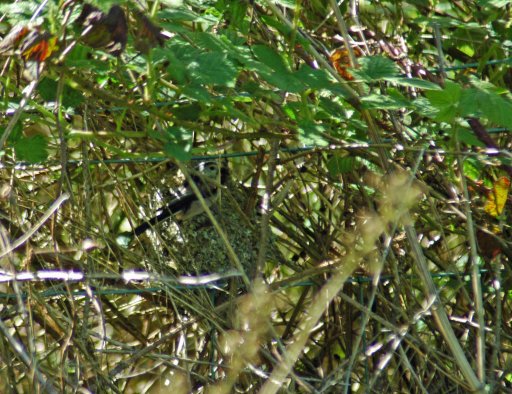 The Long-tailed Tit at the nest

Long-tailed Tits make magical nests from materials you could almost imagine being called for in a spell; spider egg cocoons and moss, lichen and feathers, some 6,000 tiny pieces required for the average construction. The moss and spider silk provide the structural stability, they are pieced together to form a mesh with the tiny leaves of the moss acting as hooks and the spider silk of the egg cocoons providing the loops, which has been described as working in a similar way to velcro. The outside of the nest is covered with hundreds of flakes of pale green-grey lichens to provide camouflage and the inside lined with around 2,000 downy feathers to insulate the nest.  The end result is a lightweight elastic sac with a small, round entrance placed at the top, which is suspended either low in a gorse or bramble bush, less than 3m off the ground, or occasionally high up in the forks of tree branches.

Despite its apparent fragility the nest is strong due to the spider silk and the elasticity of the structure allows it to expand as the nestlings grow, so is always the perfect size. This nest was fairly bulging, so I imagine the young ones were quite well grown and that there were several of them in there.

I stood rooted to the spot watching as both parent birds hunted for food for their young ones. they were not travelling far, one was mainly foraging in the lower branches of a tree within a few metres of one side of the nest and the other in another tree a similar distance away to the other side. That same one, which is the one I photographed also seemed to be flying up from the fence pursuing flies on the wing.

I would have loves to have stayed and watched for longer, but although the birds carried on about their work despite me, they were clearly wary and I left them in peace to carry on while I continued with my walk. 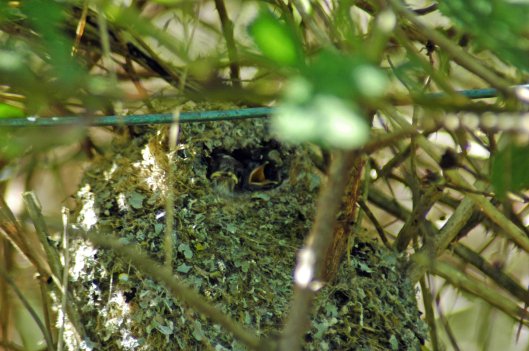 This link is to a wonderful video of a Long-tailed Tit nest and narrative from Iolo Williams’  Secret Life of Birds.