My walks on Bryn Euryn have a different starting point now and it has been interesting to note the differences in the character of the woodland on this eastern to south-eastern aspect of the hill. Firstly, on this particular pathway you are immediately in the woodland and notice there is a difference in the pattern of tree species. I am fairly sure that is because the land that the apartment block that I now live in was formerly the site of a large house, one of several similar ones, most of which are still standing and in use as residential care homes. All have large mature gardens to the fronts and sides and are set back tightly against the rising wooded hillside, so certain of the trees and shrubs, such as laurels and Scots Pines, that you don’t find on the other slopes of the hill, have inevitably escaped. Other evergreens Yew, Holly and Ivy occur throughout the woodland on all sides, but this area seems to have more and larger specimens of them and so appears particularly green.

Sunlight on a path lined with evergreens-yew, holly & laurel

Yew is one of our native species of trees and occurs naturally in the wild in woodlands in several parts of Britain, although it is not as widespread as it used to be. 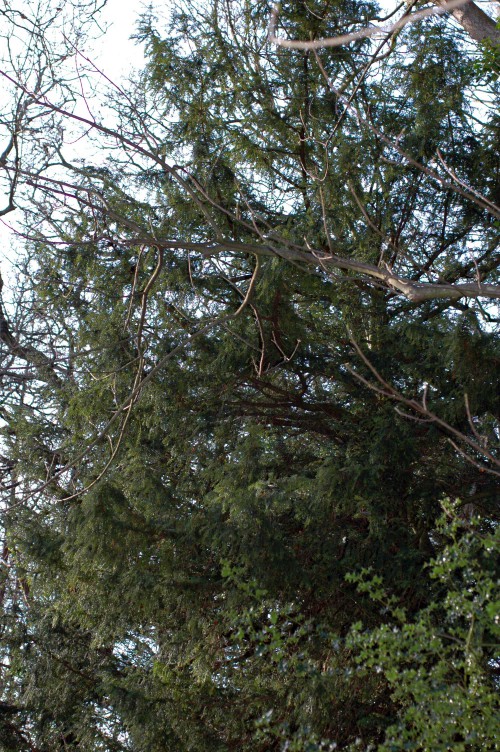 Scots pine (Pinus sylvestris) is an evergreen conifer native to northern Europe, and is one of just three conifers native to the UK.

A Great tit in the pine tree 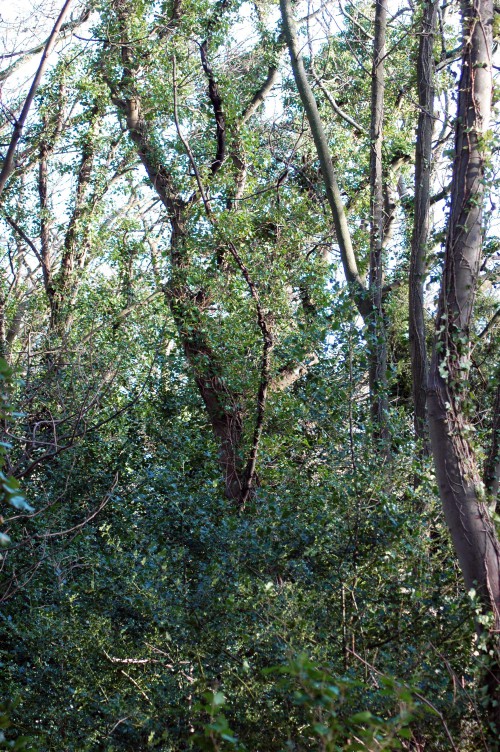 Sun shining through an ivy leaf

Greenery is also abundant on the woodland floor.

Polypody fern around the base of a tree

Spores (sori) still cling to the back of a fern leaf

Winter is a good time time to see mosses when many are at their best. 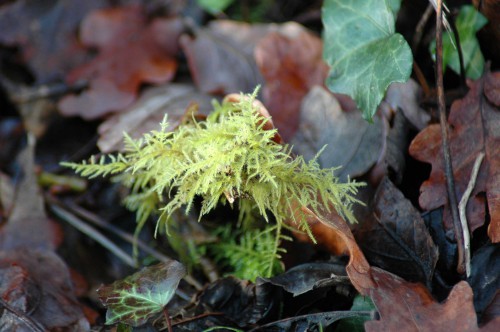 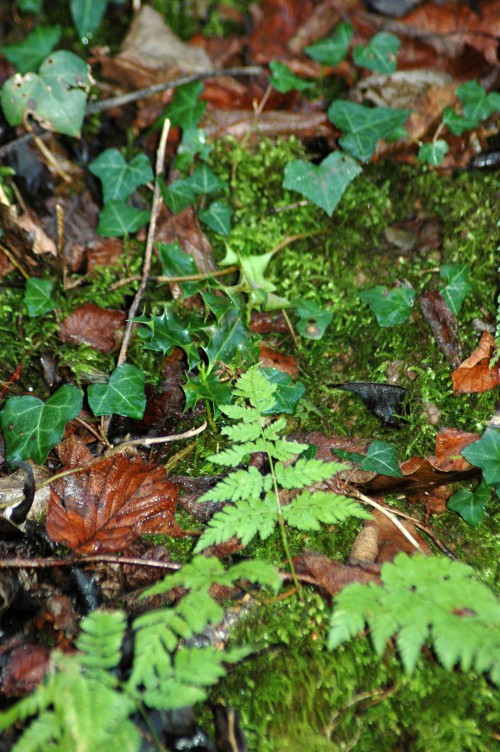 Young fern and holly plants in a mossy bed

A few splashes of colour……. 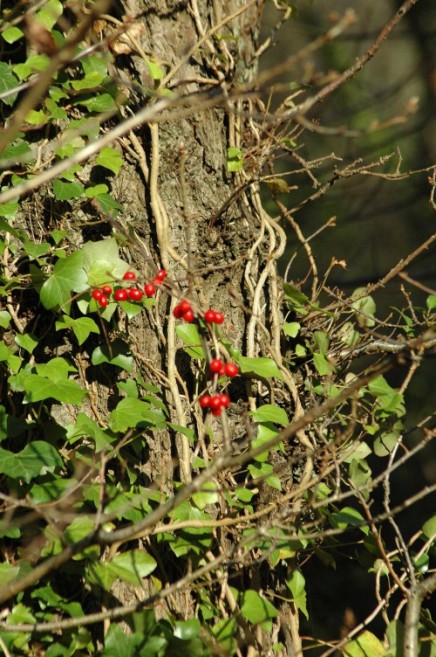 Red berries of nightshade strung like beads around ivy

A few berries remain on a ‘Stinking Iris’- Iris foetidissma